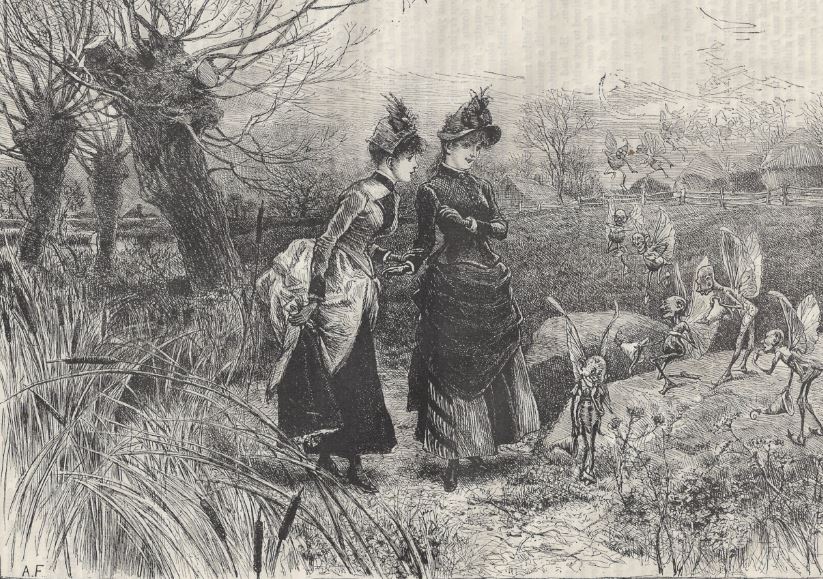 The Ten Rules of Faerie

The first rule of Faerie: Don’t be twee in word or image.

The second rule of Faerie:  Mortal children with fake wings are not of the Fay. (This also applies to adults)

The third rule of Faerie: You don’t own them (Although they might own you)

The fourth rule of Faerie: Be enchanted & awed but do not worship else the road ahead might be perilous.

The fifth rule of Faerie: If you see one do not blab, else you may be excommunicated from The Court of Mab. (Venturing a sighting is all well & good but it may deter from future concurrence)

The sixth rule of Faerie: Do not attempt to summon – you don’t know what you may call up but it won’t be ‘The Good People’ who do things when they want as they want. The etheric is not a telephone exchange.

The seventh rule of Faerie: Do not scorn the wisdom of Faerie vision amongst clergymen, else you may never engage with the Secret Commonwealth as laid down by the Rev. Robert Kirk who passed from this world to officiate ‘Under the Hill’ forever more in 1692.

The eighth rule of Faerie: Be respectful, it’s not a game especially if you wander into their territory.

The ninth rule of Faerie: No one person or group has a special key to the enchanted realm, the door opens as and when. Misfits & unfortunates, however, are more likely for a visitation or gift. Those absorbed by the worldly and its plastic charms are least likely.

The tenth rule of Faerie:  Access to the otherworld is free but has a tithe.