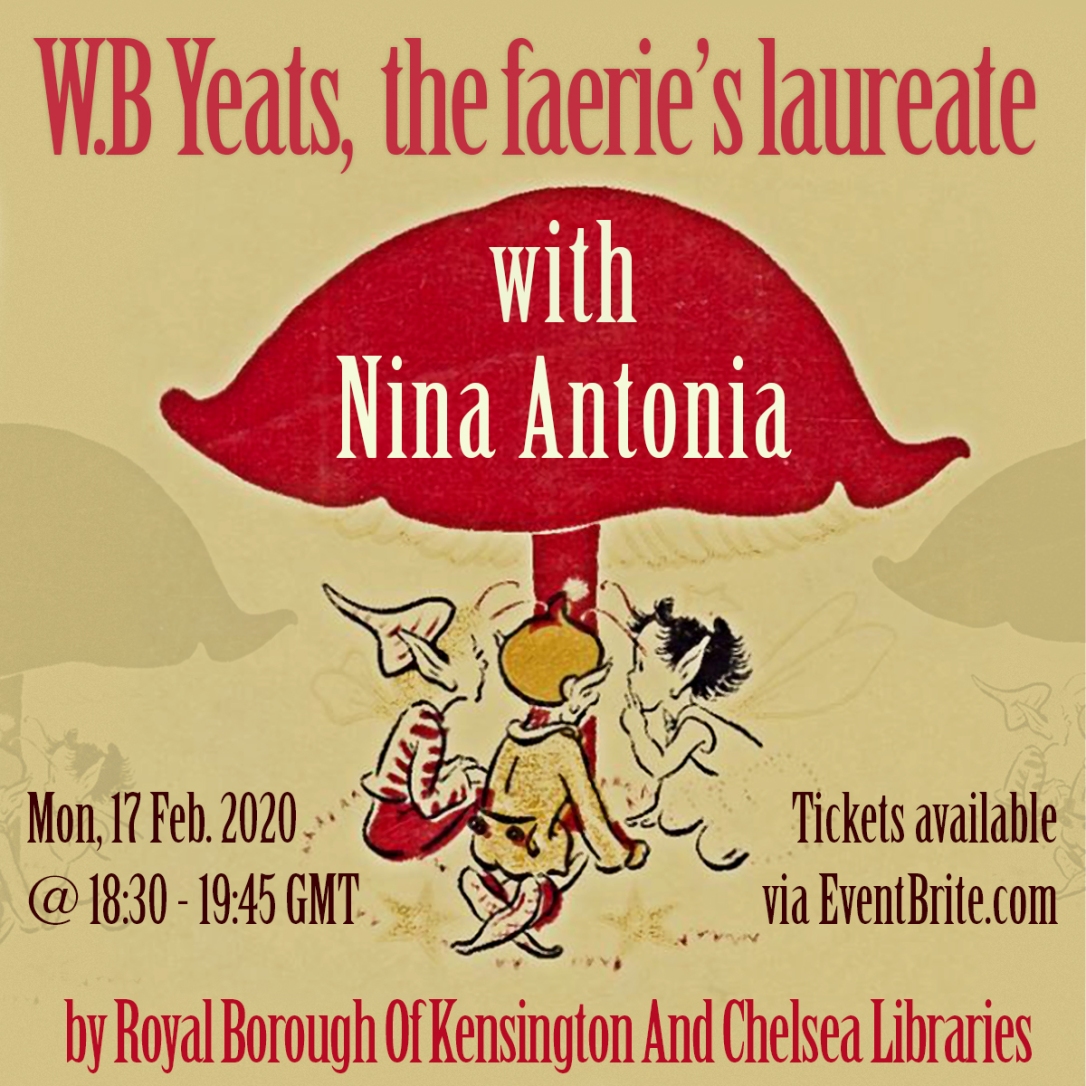 What are faeries and how did W.B Yeats, one of their most vocal aficionados, develop his fascination? What did the Sidhe mean to him? Where did he find them? Is there a connection between nature, standing stones, corpse roads and faery paths?

Yeats changed public perceptions of the faeries – outlining the differences between Celtic faeries and English faeries. He was fascinated by the beliefs of the Irish Peasantry and used faeries as muses.

In this magical session we’ll be looking at Yeats best faerie poems as well as his influence on other Irish poets who also became faerie-fixated.

This talk stems from a feature ‘The Host of the Air’ by Nina that appeared in a recent anthology dedicated to W.B Yeats entitled ‘The Far Tower’, courtesy of Ireland’s only gothic/supernatural publisher, Swan River Press.

Nina Antonia has been a published author for almost 30 years but it is only in the last three years that she gained the confidence to begin writing about the supernatural and exploring esoteric themes.

She frequently wears green, the favoured colour of ‘The Good People’.