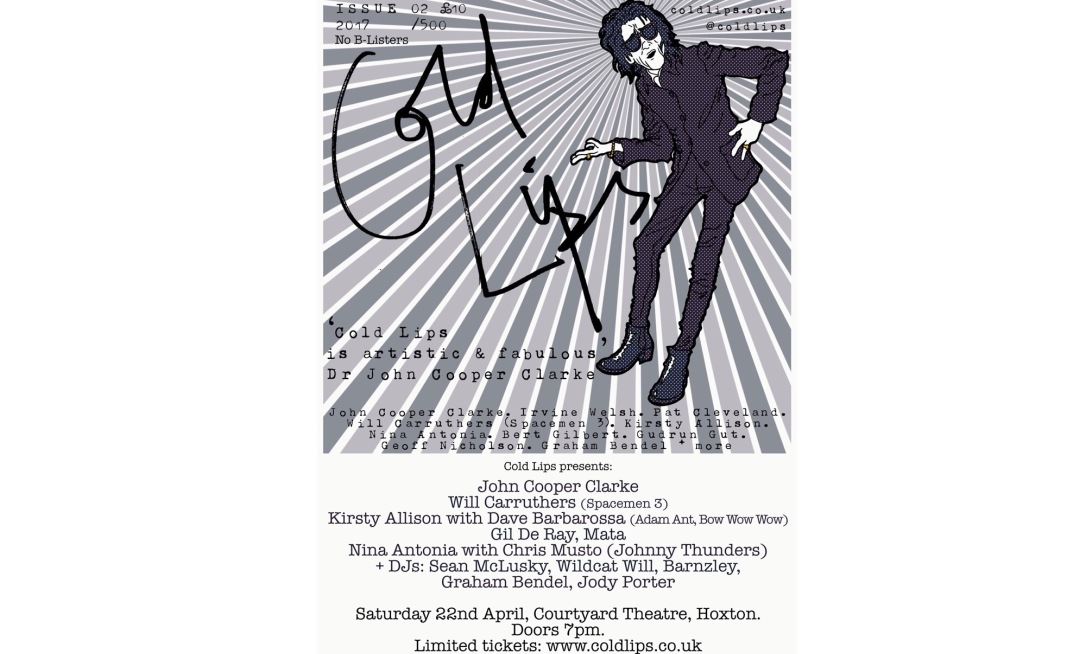 Nina Antonia is best known for writing the most stolen book in rock n roll’s history, In Cold Blood about Johnny Thunders (currently in development in Hollywood).  But she has scribed and edited on a wealth of others: Peter Perret from the Only Ones, Peter Doherty, The Mission’s Wayne Hussey.  A rare force of true independence, this tarot reading tour-de-force was a regular at the anti-literary night that led to Cold Lips, and she performed with Thunders’ drummer, Chris Musto, at the launch party for the second edition which this is grabbed from…

To read it, please click on the link below: