Johnny Thunders… In Cold Blood Limited Edition T-shirt by Cutesy Badass Productions. $49.99 + shipping. 50% of sales will be donated to Nina for a mobility apparatus. Only 120 Available! Worldwide shipping. To commemorate what would have been Johnny Thunders 70th Birthday, @cutesybprods by @bhalldesigns in collaboration with Nina Antonia has released a limited edition t-shirt, featuring photos that Nina took of Johnny while writing his authorized biography ‘In Cold Blood’. BUY IT HERE.

‘Lunar Moths’ is a collection of verses by Nina Antonia dedicated to the ephemeral nature of life’s fly by nights. Read More.

Dancing with Salomé: Courting the Uncanny with Oscar Wilde & Friends

Available now at Amazon in Hardcover, Paperback, and Kindle

Dancing with Salomé unmasks the occult aspects of Oscar Wilde’s celebrated tome The Picture of Dorian Gray, whilst exploring how the unseen manifested not just in the famous author’s life but in that of his love interest, Lord Alfred Douglas. Read More.

Uncertainties is an anthology series — featuring authors from Canada, America, the United Kingdom, and the island of Ireland — each exploring the concept of increasingly fragmented senses of reality. These types of short stories were termed “strange tales” by Robert Aickman, called “tales of the unexpected” by Roald Dahl, and known to Shakespeare’s ill-fated Prince Mamillius as “winter’s tales”. But these are no mere ghost stories. These tales of the uncanny grapple with existential epiphanies of the modern day, when otherwise familiar landscapes become sinister and something decidedly less than certain . . .

The Supernatural Doom of Oscar Wilde
A Peculiar Parish Edition by Nina Antonia & Nathaniel Winter-Hébert
32-pages, with black-and-white illustrations throughout

For details and ordering info, go to A Purple Thread.

Previously out of print since 2005, The Prettiest Star: Whatever Happened to Brett Smiley? is now available as an eBook on Kindle with an enhanced photo gallery. The epitome of Fey, ‘Beautiful’ Brett Smiley was primed for fame in the frenetic era of Glam but success was illusory. A former child actor,  Brett had everything including a Mephistophelean manager, Andrew Loog Oldham who had steered the Rolling Stones to mega-stardom. Meanwhile, in Liverpool, Nina Antonia, a disenfranchised teenager witnessed Smiley’s sole television appearance in the UK. Interviewed by a concerned Russell Harty, the fate of the young singer was already in jeopardy. With a one way ticket to the boulevard of broken dreams, Brett was to become a missing piece of Nina’s childhood, until their paths crossed, almost 30 years later.

For more info and ordering details, please go to The Prettiest Star eBook. 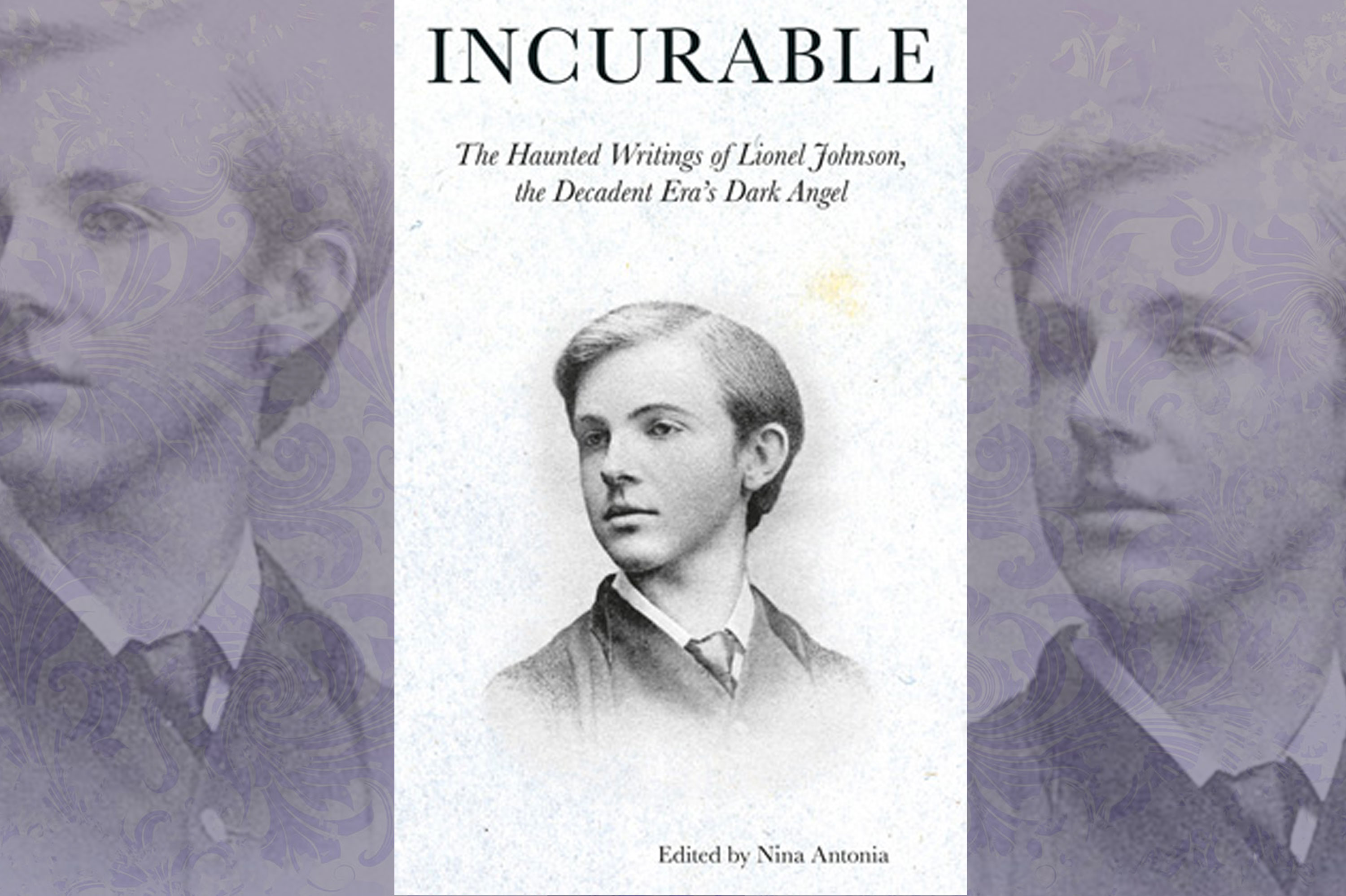 For more info and ordering details, please go to Incurable.

For purchase information as well as reviews and interviews, please go to The Greenwood Faun.

The best books on decadence & the supernatural by Nina Antonia for Shepherd.com.

The Hosts of the Air published in THE FAR TOWER: Stories for W. B. Yeats, published by Swan River Press.

A Winged Malevolence for ForteanTimes. A young poet driven from his accursed lodgings by supernatural scratching sounds, two young barristers found clawed to death, and an anonymous investigation in the Daily Mail. Nina goes in search of the forgotten feathered fiend of Lincoln’s Inn.

Incurable: Lionel Johnson: The Disconsolate Decadent, Part 1 for Wormwood 28, writings about fantasy, supernatural and decadent literature, published by Tartarus Press and featured in their Wormwoodiana Blog.

South-West 13 in Soliloquy for Pan published by Egaeus Press.

How Shall Dead Men Sing? (The Supernatural Affair of Lord Alfred Douglas & Oscar Wilde) for the book A Midwinter Entertainment published by Egaeus Press.

Bosie and The Beast in the book Fenris Wolf 8.