Johnny Thunders was loved in Japan and he in turn appreciated his Japanese audiences. They didn’t dwell on his drug past but considered him an artist and treated him with courtesy. Besides which, he loved all the funky little knick-knacks so integral to Japan’s pop culture, returning from his first gigs there, in 1988, laden down with novelty lighters including  mini-handguns and fire-breathing Godzillas plus a staggering amount of kimono’s which he distributed amongst his friends. Johnny might have been a Heartbreaker but he was always a New York Doll, the bright trashy splendour a part of his aesthetics.  Had the guitarist been allotted more years, I have no doubt the love affair with Japan would have continued, as it was he played his last electric gigs there in March, 1991. Sadly, Johnny was by this point perilously ill and it was touch and go as to whether he’d be able to make the weeks’ worth of shows.  However, he didn’t want to let the fans or the band, The Oddballs, down.  Johnny’s Japanese swan-song was played out with great aplomb and he was chased down the street and mobbed by girls wielding flowers.  Tentative plans for a new album featuring Japanese musicians were made prior to the guitarist’s departure. Thunders was always good at putting up a front but there were indications that he recognised that he was bowing out, from the lily in his lapel to a last tattoo, Christ crucified, done in Bangkok, in early April 1991, a matter of weeks before his death.

It is impossible to quantify how influential Johnny Thunders was, from New York to London to Russia, Japan, wherever he roamed, he left chaos and glory in his wake. (An honourable mention goes to the Wakefield Working Man’s club, but that’s another story for another time) In Japan, Johnny Thunders was a rock n’ roll icon, his style and influence taken up by a legion of young musicians, including Hiroshi The Golden Arm Nakagome, who has been kind enough to share his archives for a Christmas Thunders treat. It was after all, one of Johnny’s favourite times of the year.

A big thank you to Hiroshi & everyone who remembers……

An Interview with Nina Antonia by Brian Young (RUDI – The Sabrejets. Original Punk from Belfast) from DOLL magazine 2001. 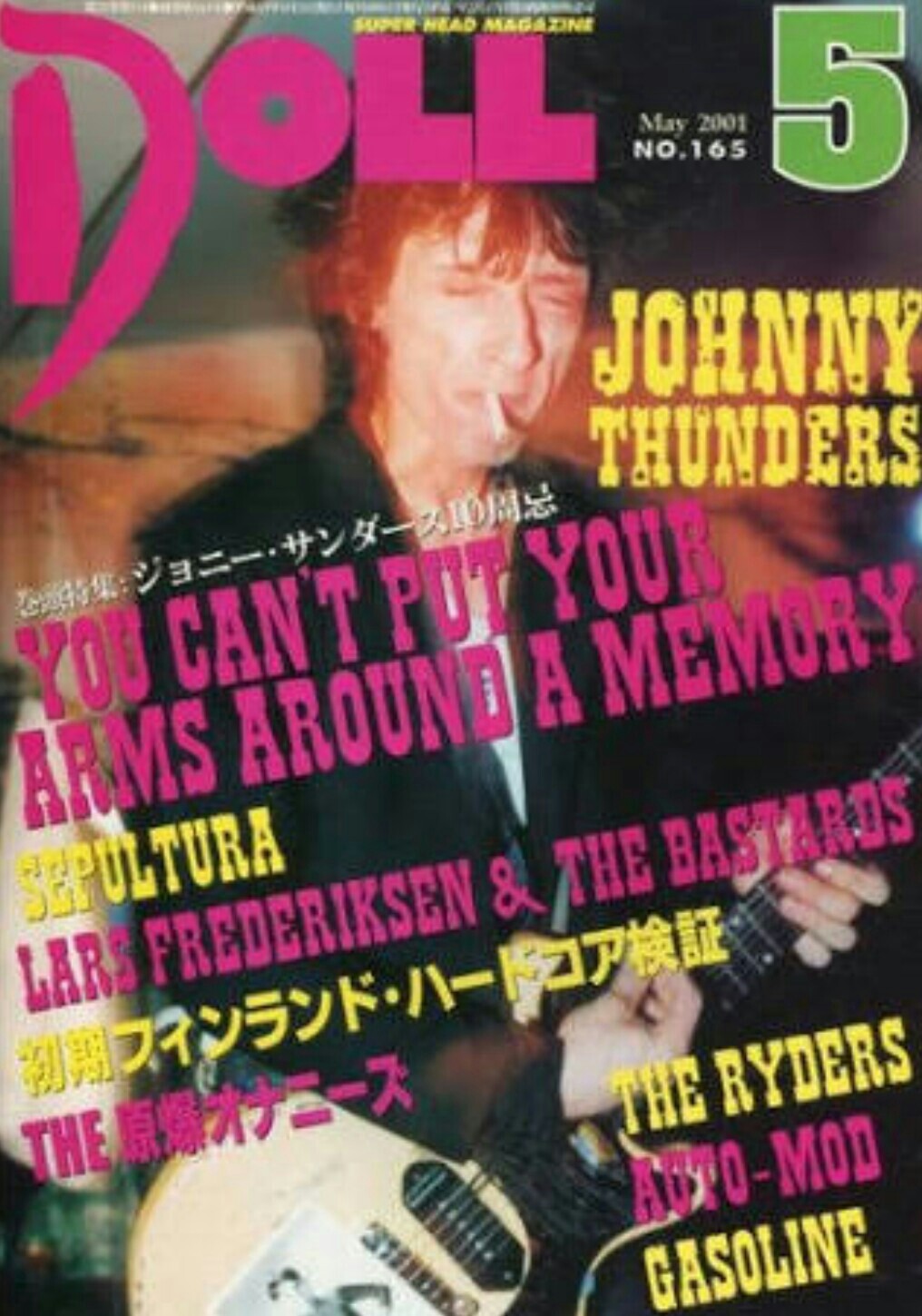 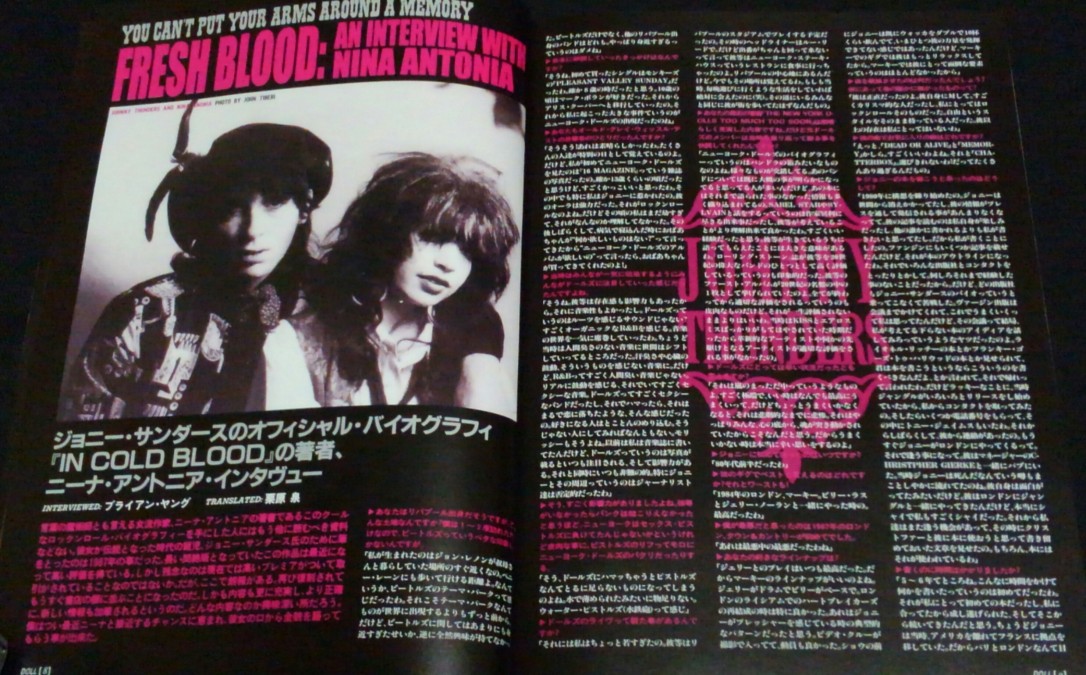 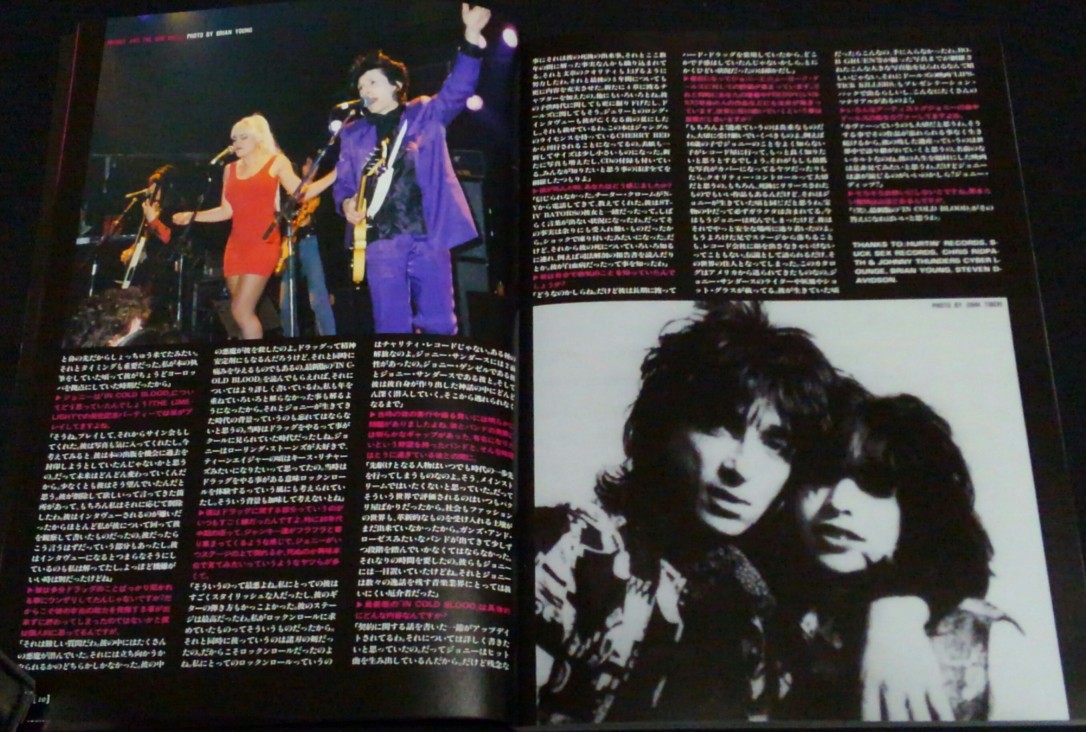 Johnny Thunders Special produced by Hiroshi The Golden Arm Nakagome including his review of Nina’s In Cold Blood. 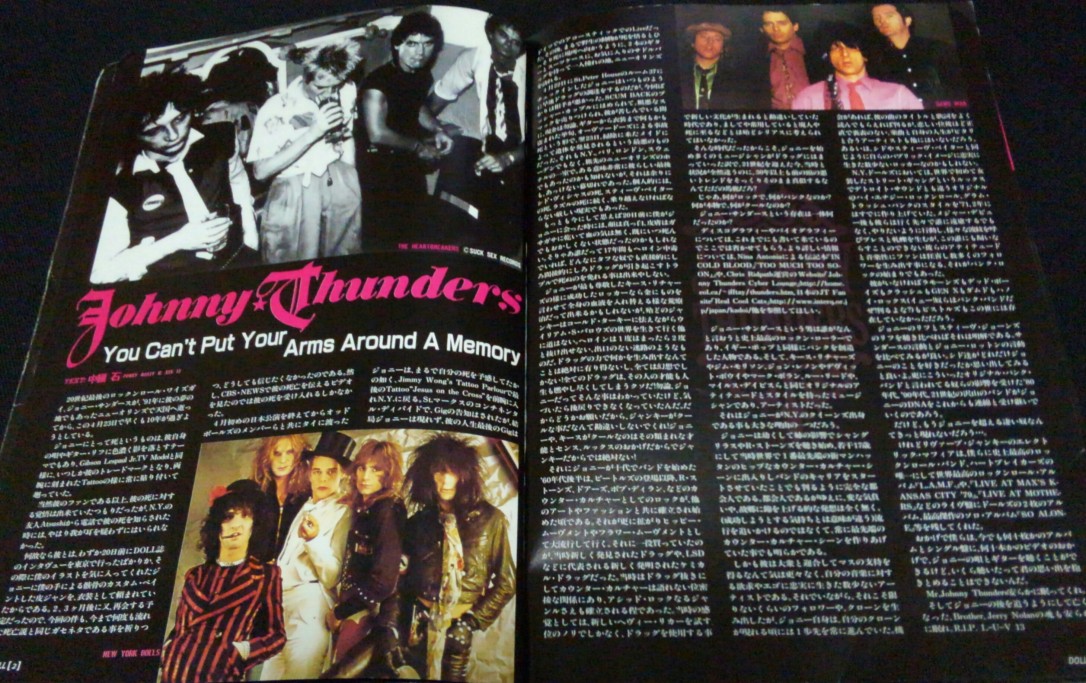