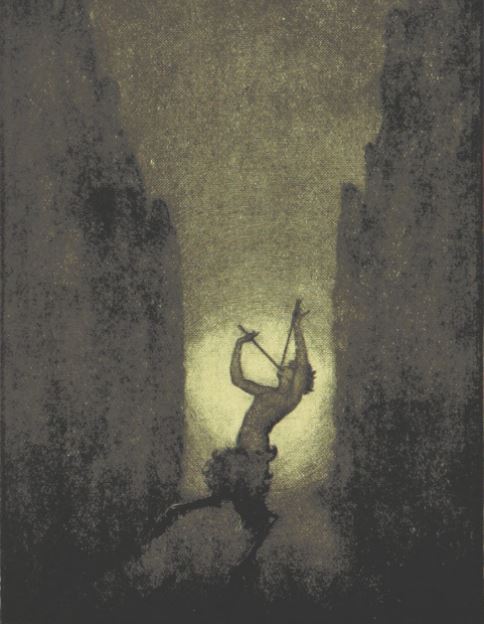 ‘The Faun’ has been popping up in the most unexpected places and just this week was spotted in Australia by reviewer, Robert Brokenmouth.

In the Out-there land of cult-authorship, it’s hard to gauge one’s place in the literary landscape, which is usually skulking by the overgrown fountain.

Just as Michael Dirda of the Washington Post did such a wonderful job of rounding up the latest Esoteric offerings, so Mr Brokenmouth has placed ‘The Faun’ in poetic Bohemia, with surprising consequences.

Like Robert, I’m not one for modern poetry, though all poets were in their time modern, none more so than Lord Alfred Douglas with whom I’ll conclude with an excerpt from ‘The City of The Soul’ written during his last holiday with Oscar Wilde, in Italy.

‘The fields of Phantasy are all too wide,

My soul runs through them like an untamed thing.

It leaps the brooks like threads, and skirts the ring

The voice of music has become the bride